Never before brought to life onstage in such a raw and compelling way, “SACRED ELEPHANT” delivers a unique theatrical experience, where man is no longer the central character. This powerful and evocative dramatic monologue for the 21st Century is adapted for the stage by Geoffrey Hyland and Jeremy Crutchley from the beautifully crafted epic poem by Heathcote Williams.

The play’s immediate and essential subject is the elephant itself, mysterious, majestic - the world’s largest and oldest living land-mammal – yet it ultimately confronts the tensions in the extraordinary and historic relationship with humans – sounding out the nature of the mind and soul of Man.

Jeremy Crutchley is “The Other”, a presence caught between worlds. While the inspiration comes out of Africa, the themes are universal: as relevant in the heart of the city as in the wild. This is us, now. There is simply no other drama quite like it.

“What happens to beasts will happen to man. All things are connected. If the great beasts are gone, man would surely die of a great loneliness of spirit.” 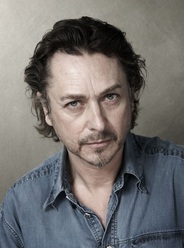 Jeremy’s career over 35 years spans Theatre, Radio, Voiceover, Film & TV in the U.K., South Africa and the U.S.A. Onstage, he has performed a diverse range of  award-winning contemporary and classic roles and has appeared for the RSC as well as in the West End. On screen, he was nominated Best Actor in a Feature Film for his lead role in RETRIBUTION and will appear in the upcoming Starz USA TV Series BLACK SAILS.

He first worked with Geoffrey Hyland in TWELFTH NIGHT as Malvolio : SACRED ELEPHANT is his third Solo show. He has also performed Doug Wright’s I AM MY OWN WIFE, and played HRH The Duke Of Windsor in I WAS KING.  Other notable Theatre work includes his recent Shylock in  Shakespeare’s THE MERCHANT OF VENICE,  Father Flynn in DOUBT, Song Liling in M.BUTTERFLY and Alan Strang in EQUUS. These have won him many Best Actor National Theatre Awards.

For his role as ‘The Other’ in SACRED ELEPHANT, Jeremy also received two Theatre Award Nominations for Best Actor and Best Solo Performance. As a musician and guitarist, he has recorded a studio album of original songs titled “RELEASE” under his band name of The Standing Wave.

For biography and more information on Jeremy Crutchley:  /jeremy-crutchley.html 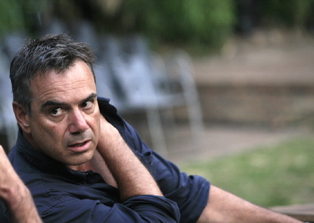 Geoffrey Hyland is an Associate Professor at the University of Cape Town’s Drama Department. He has directed and taught in South Africa, Canada, the United Kingdom and New Zealand. His work has also been seen in the USA, Ireland, Germany and Peru. He has been nominated for several national and regional awards for acting and especially directing, receiving, amongst others, the Fleur du Cap Award for Young Directors and also the Standard Bank Young Artist Award. He has directed well over 100 theatre productions in his career, including dance, opera and cabaret. Some highlights include Madame de Sade, Les Liaisons Dangereuses, Women Beware Women, Opera 5:20, Kissed By Brel, Blood Wedding, as well as Othello, Hamlet, King Lear, Macbeth, Romeo and Juliet, As You Like It, All’s Well That Ends Well and Twelfth Night. His work has been described as innovative, compelling and a thoroughly entertaining theatrical experience. 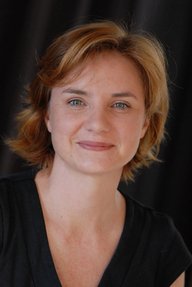 Illka Louw  Multi Award Winning Designer creates sets and costumes for stage, ranging from musicals to drama.
Sacred Elephant is one of numerous collaborations with director, Geoffrey Hyland. She has now been nominated for Best Costume Design at the 2013 Fleur du Cap Theatre Awards.
Other collaborations include La Rosa Dance Company’s “Bernarda”, “Twelfth Night” and “Macbeth” for Maynardville, and “Masque- The Opera” for Cape Town Opera. This is Illka’s third project with Jeremy Crutchley, after working together on Shakespeare’s “The Tempest” for the RSC and costuming Crutchley’s Rock Video, “Walking in High Heels”.

As a Lighting Designer Luke has worked extensively in Cape town and has collaborated with Geoffrey Hyland and Illka Louw on many productions as they share a creative aesthetic. On Sacred Elephant he has worked closely with Matthew Trustham, collaborating with and mentoring a very talented designer for the future. 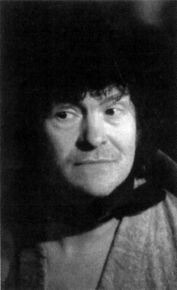 Heathcote Williams ,poet, playwright and actor, has made a significant contribution to many fields.
He is best know for his extended poems on environment subjects: Whale Nation, Falling for a Dolphin, Sacred Elephant and Autogeddon. His plays have also won acclaim, notably AD/DC produced at London's Royal Court, and Hancock's Last Half Hour. As an actor he has been equally versatile- taking memorable roles in Orlando, Wish You Were Here, and Derek Jarman's The Tempest, in which he played Prospero.